Linda May
Centre for Ecology and Hydrology

How was water quality in Loch Leven restored?

Loch Leven is a large, shallow lake in lowland Scotland that is important as a tourist destination. It is also renowned for its brown trout fishery, internationally protected plants and waterfowl, and as a nationally important RSPB nature reserve.

The lake is naturally prone to eutrophication, but this was exacerbated by increasing phosphorus pollution until the mid-1980s. This resulted in worsening water quality problems, especially potentially toxic blue-green algal blooms. These culminated in a well-publicised incident in 1992 (“Scum Saturday”), when large areas of the lake became affected causing significant losses to the local economy. 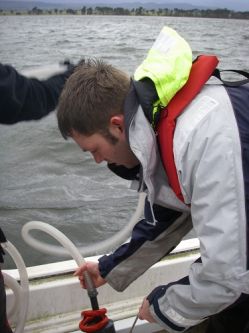 Long-term datasets maintained by the Centre for Ecology & Hydrology (CEH) showed that industrial development, agricultural intensification and population growth had caused phosphorus inputs to Loch Leven to quadruple between the 1900s and 1985, and suggested a direct link between these inputs and the problems of algal blooms. In 1985, CEH identified and quantified the main sources of phosphorus within the catchment; about 58% of the phosphorus input to the lake was coming from point sources (e.g. sewage works, industry), with the remainder from diffuse sources (e.g. farming). As a result, a management plan was prepared and discharges from point sources were prioritised for control.

Data collected in 1995 showed that phosphorus from point sources had fallen from 11.6 tonnes/year to 3.3 tonnes/year. CEH then provided scientific support to the Loch Leven Area Management Advisory Group, a multi-stakeholder organisation that formulated a catchment management plan. CEH has continued to monitor and advise on progress and, in 2008, reviewed over 40-years of research on the lake, documenting the impacts of pollution and its recovery following management intervention. The best water quality since restoration measures began was recorded in 2012 and improvements in biodiversity and water quality have been reported widely.

A healthy Loch Leven is vital to a local economy for which nature and wildlife tourism are highly important. The national nature reserve attracts 230,000 visitors per year. The RSPB reserve on the lake’s southern shore supports over 20 full-time equivalent jobs and attracts up to 50,000 visitors each year. 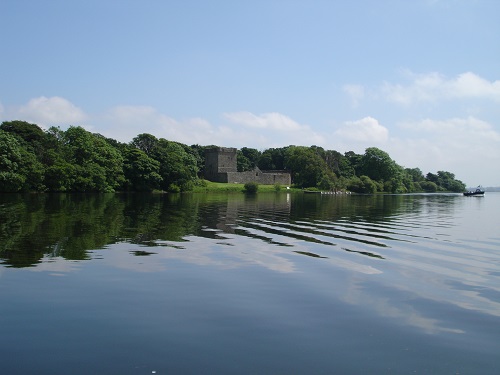 Loch Leven from the water

Losses from the 1992 algal blooms were estimated at £943k, with losses continuing in subsequent years as algal blooms recurred. However, with improvements in water quality, Loch Leven Fisheries has announced a modest expansion in its fleet of boats and has noted that “the loch is returning to rude health”.

An EC funded project (OpenNESS) will provide a better understanding of the links between management, water quality, biodiversity and socioeconomic benefits at Loch Leven. This will inform the restoration and management of shallow lakes for multiple benefits in other parts of the world.